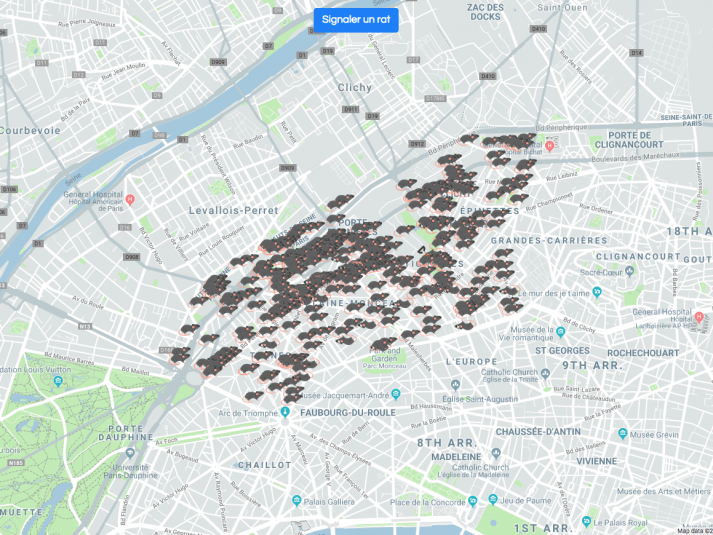 Geoffroy Boulard, Mayor of the 17th Parisian district, who launched signalerunrat.paris on Monday, has accused the city’s authorities of not addressing the problem and said that the fault can not be only of the people who leave litter in the street, which gives food to the mouses.

This politician told Le Parisien that he decided to act after learning that a local nursery was infested with rats. Within a few hours, dozens of residents of the 17th district of Boulard (northwest of Paris) had reported numerous sightings, both live and dead.

“The presence of rats in the public space is worrisome and increasingly serious, we had a nursery full of live and dead rats, and no one is taking responsibility, it’s a public health issue, the city has to react to this health problem. It’s not just about District 17, “Boulard told BFMTV.